Rohit Sharma Out Of Isolation After Testing Negative: Report

ENG vs IND, 5th Test: Virender Sehwag Trolls Virat Kohli As Jonny Bairstow Goes Berserk After Sledging Match
The news is by your side. 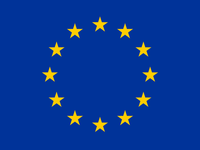 South Africa’s Minister of Trade and Industry and Minister of Agriculture, Forestry and Fisheries have met with the Ambassador of the European Union (EU), Dr Marcus Cornaro, to discuss bilateral trade relations.

The  meeting  took  place  in  the  context  of the  entry  into  force  of  the  Economic Partnership   Agreement   (EPA)   between   the   EU   and   the   Southern   African Development Community (SADC) EPA group in October 2016.
The  Minister  of  Trade  and  Industry,  Rob  Davies; and  Minister  of  Agriculture, Forestry  and  Fisheries, Senzeni  Zokwana; agreed  that  the  EPA  marked  the strengthening  of  investment  relations  between  South  Africa  and  the  EU. The relevance of the EPA was emphasised in the 2017 State of the Nation Address that was delivered by President Jacob Zuma on 9 February.

The ministers and Dr Cornaro discussed the crisis in the domestic poultry industry. Some poultry producers have announced major retrenchment plans amid concerns of the import rate of poultry products from
other countries.

“The ministers emphasised the importance of the poultry sector to rural development and the revitalisation of the agriculture and agro-processing value chain. The ministers highlighted the measures implemented by government to date, which aimed to address the challenges facing the industry in totality,” said the Department of Trade and Industry (dti).

The meeting recognised the crisis in the poultry industry as being complex and thus offered a platform to exchange views on the challenges faced by the industry, which included structur al and competitiveness issues, as well as increased imports.

Dr Cornaro said the EU was of the view that the crisis was caused more by the structural challenges affecting the poultry sector rather  than  EU  imports.
He  also  expressed  the  EU’s  support  for  the restructuring  of  the  industry.  He  said  exports  of  South African poultry to the EU were an opportunity which should be pursued. Both parties expressed goodwill to help facilitate market
access and to enhance their cooperation on sanitary and phytosanitary
issues.

The EU and South Africa are further committed to engage in outreach activities, sectors analyses, tackling trade barriers and smoothening trade flows to help business take full advantage of the EPA. Both parties acknowledged that 2016 was a very good  year,  with  bilateral  volumes  of  exports  increasing  on  both  sides.  This  is  expected  to  improve  this  year,  in  view  of  the
number of new opportunities created by the EPA. Meanwhile, the dti last month announced that a task team set up to deal with challenges in the domestic poultry industry had made progress since its inception.